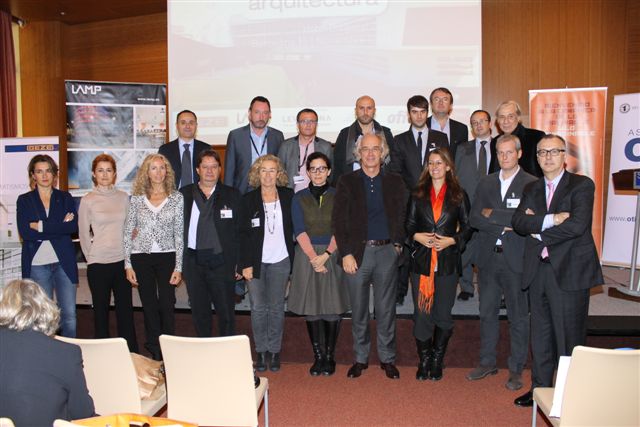 On 15th November, with great interest being shown, the event “Great Architectural Projects” was held in Barcelona, sponsored by Ofita and with the participation of more than 100 architects. Eight of the main architecture firms presented projects on which they will be working during forthcoming years: Terradas Architects, Nomen Arquitectos, Patrick Genard & Asociados, Octavio Mestre Arquitectos, Mario Corea Arquitectura, DNA, GCA and Prats Arquitectos.

Martín López Sampedro, Commercial Manager of Ofita, wanted to reaffirm the company’s collaboration commitment to architecture studies and defended the joint development of projects and customised products in order to satisfy corporate demands. “This collaboration is particularly relevant at the moment with the sector changing at breakneck speed”.

During his speech, Martín López referred to the transformation being experienced in office design. “The most advanced companies are setting up completely different offices compared to what we have seen to date. Some are even moving towards the concept of cellular organisations based on highly autonomous teams which favour collaboration, creativity and the joint responsibility of their members”.

According to López, the increase in employment flexibility is transforming working spaces into less strict and more dynamic and adaptable environments which also favour social interaction. “Today, offices are more open, flexible and communicative, with new workstation arrangements, such as shared or informal communication areas, which are already present in many projects”.