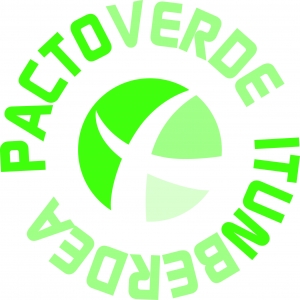 Ofita has joined the Green Agreement promoted by Vitoria-Gasteiz European Green Capital 2012, which means that it is committed to assuming clear responsibilities which are subject to review on an annual basis, and which reflect its commitment to improving the environment.

As a company which is a member of and forms part of the European Green Capital 2012, Ofita will feature the Green Agreement stamp, an emblem created by the city council which is awarded to local companies who implement any environmental improvement in 2012 which contributes to the city’s sustainability.

Ofita focuses sustainability on the creation of products which show respect for the Environment, Health and Wellbeing of people as key criteria in design and production. According to this premise, in addition to working on priority issues, such as clean technologies, it has for years been a leader for issues such as eco-design.

Ofita was the first Spanish company in its sector to be certified according to the eco-design standard UNE 150301, currently ISO 14006. The entity and its products also have other certificates related to sustainability: UNE-EN ISO 14001, PEFC(Programme for the Endorsement of Forest Certification) and the FSC (Forest Stewardship Council).

The company is a member of the United Nations World Compact, as well as a founding member of IZAITE, the Association of Basque Companies for Sustainability; it is also a member of “Stop CO2 Euskadi“, an action initiative in the fight against climate change.
It is also a signatory of the Eco-efficiency Programme in the Basque company 2010-2014, which seeks to increase competitiveness through the efficient use of its resources, technological innovation and greener product design and services.

A few years ago, Ofita also obtained the Integrated Environmental Authorisation (AAI), which groups all business activity permits and licences on an environmental level.